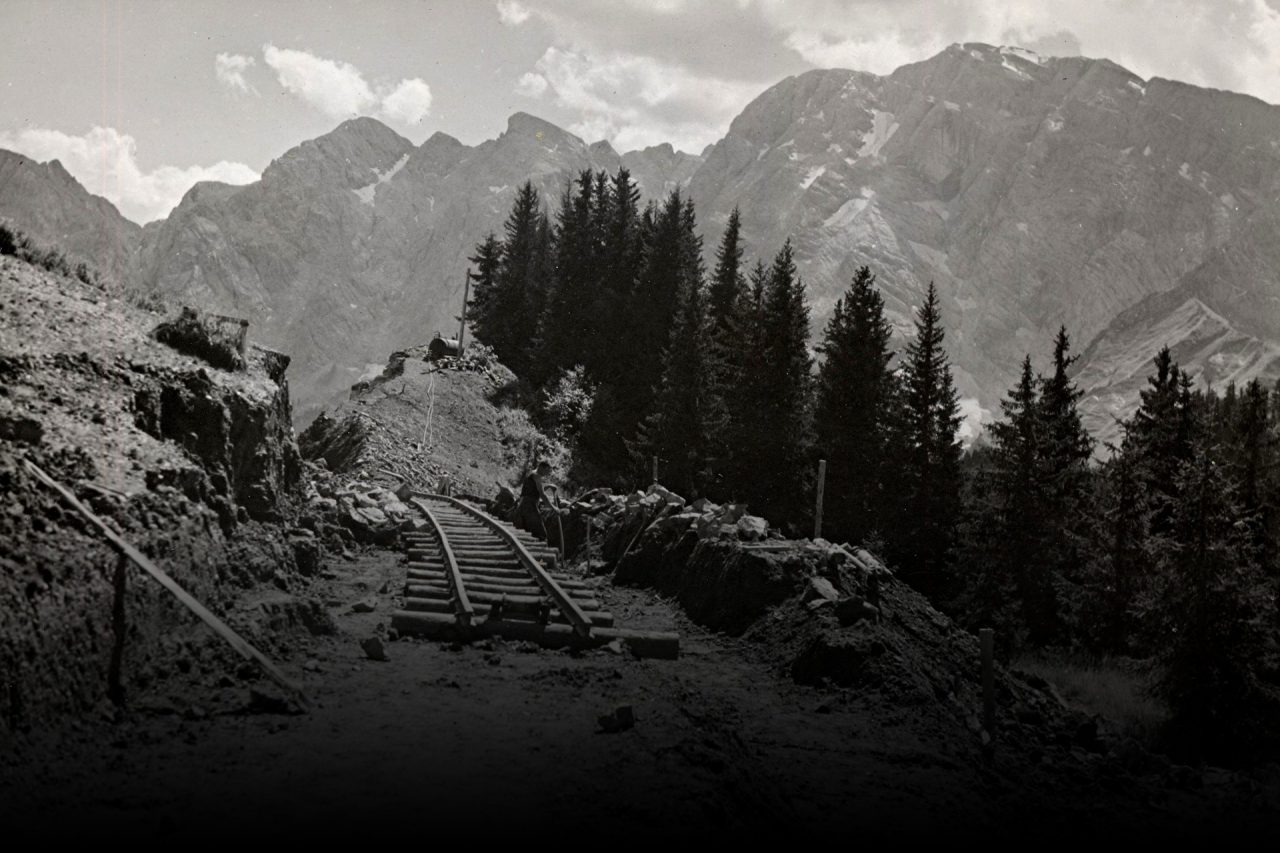 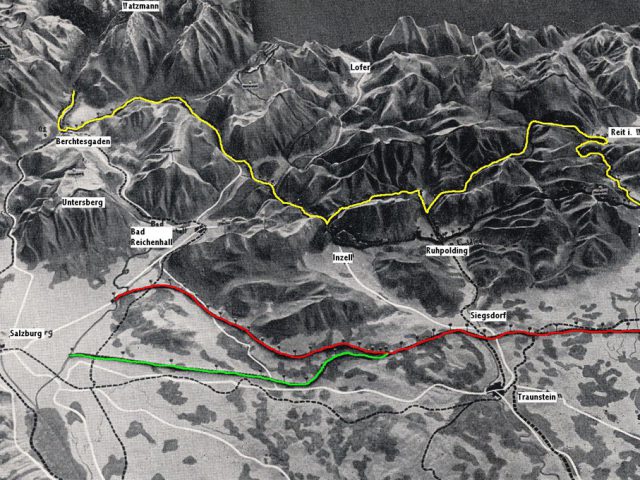 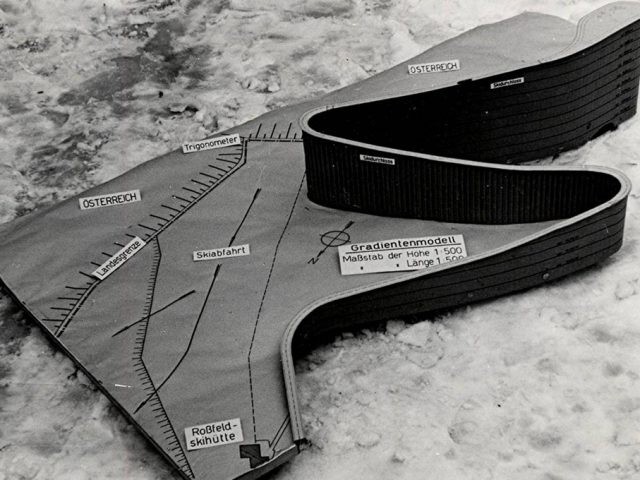 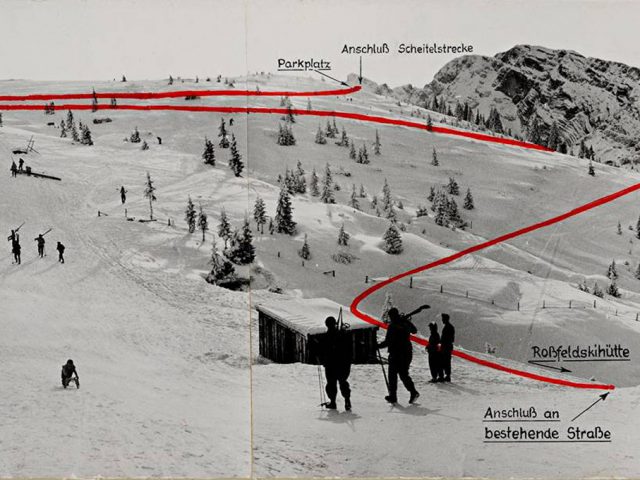 In 1927, counsellor of health Dr. Knorz from Prien in Bavaria first introduced the idea of constructing a German Alps Motorway to the public. He suggested the construction of a continuous motorway alongside the mountain ranges to connect the transverse Alp valleys between Lake Constance and Lake Königssee near Berchtesgaden. This project was meant to attract more tourists.

The German National Socialist Party seized this suggestion in 1933. Construction on the first stretch of motorway started in November of the same year in Inzell. 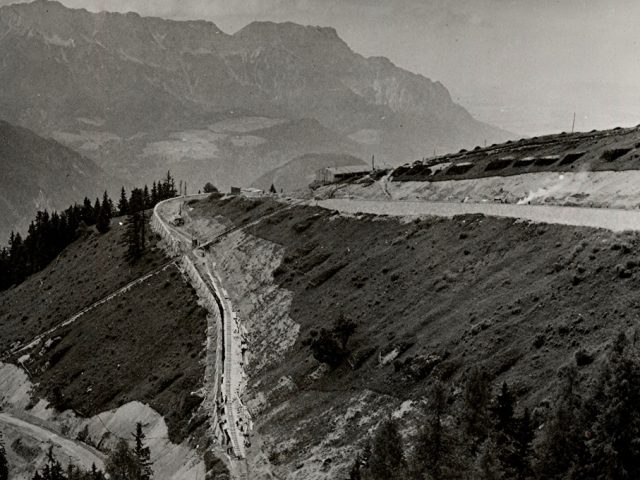 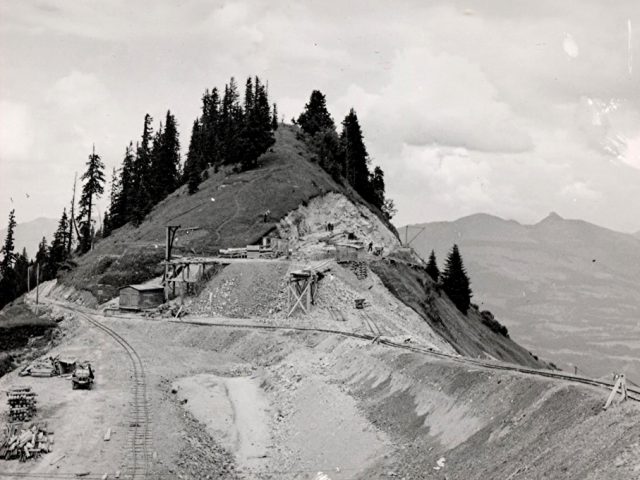 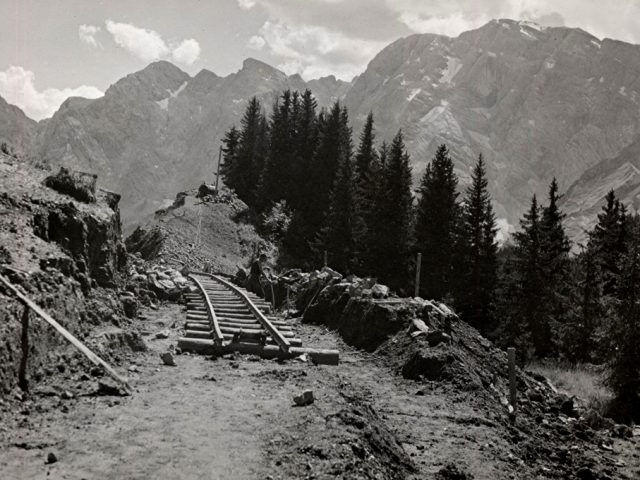 As the 1933 model and the 1937 map show, the original concept for the German Alps Motorway did not include the Roßfeldpanoramastraße. The motorway was first designed to end at Lake Königssee.

There were many ideas and proposals but finally, the Roßfeldpanoramastraße became the final loop of the German Alps Motorway. Plans for the Roßfeldpanoramastraße started to take shape in April 1937. The construction proceeded with relative ease and amazingly fast. The constructions included fourteen bridges, 1.6 kilometres of supporting abutments and most of all comprehensive drainage. 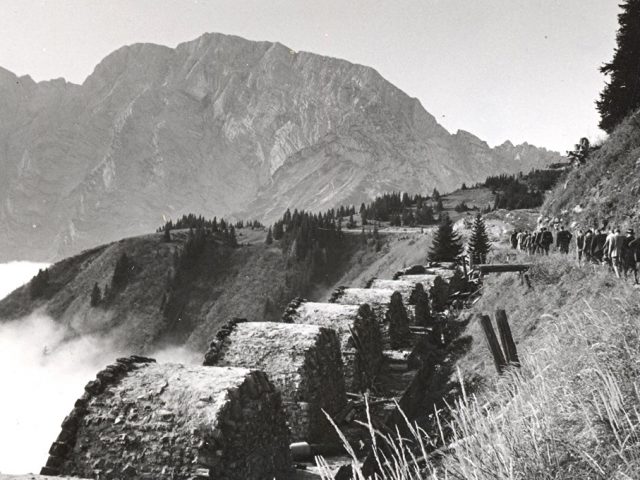 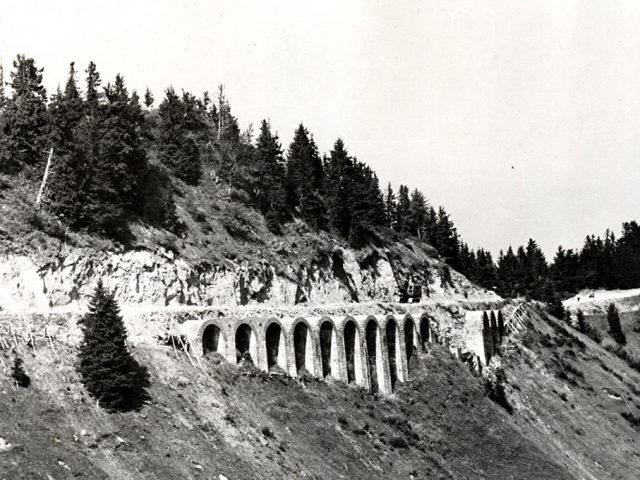 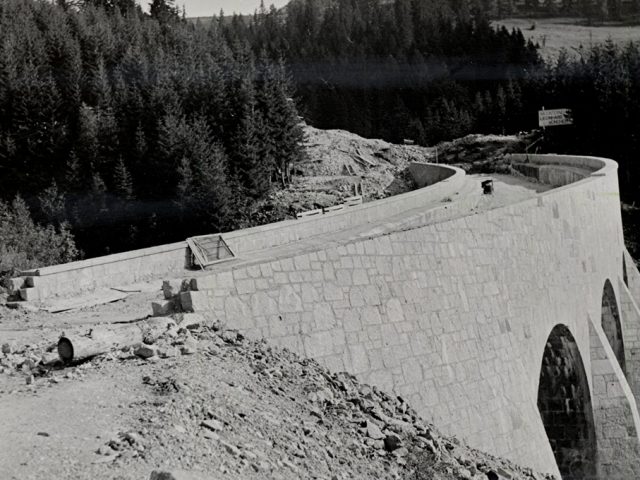 WWII began and the road construction was halted. However, after 15 months of work, the construction was far enough advanced to open the northern slip road to the Roßfeld ski lodge and drive south to the Alpine Ofneralm pasture. It was quite possible to go on from there over structurally finished but not quite finalized stretches of road to the Ahornkasern tavern. That means 15 kilometres were already drivable. Only 800 m of crest road across the Hahnenkamm ridge (cockscomb ridge) still had to be constructed. 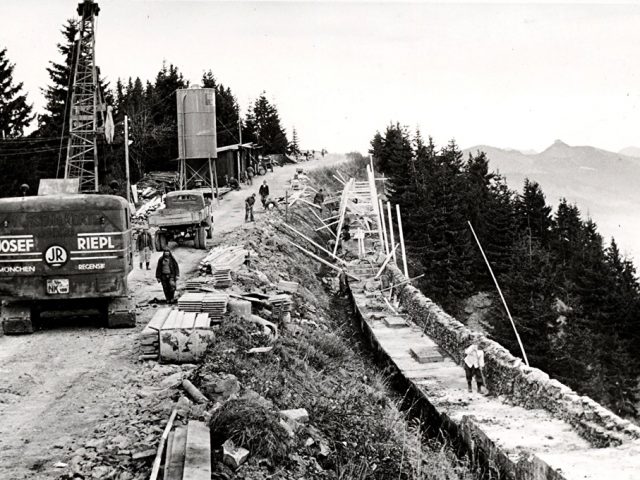 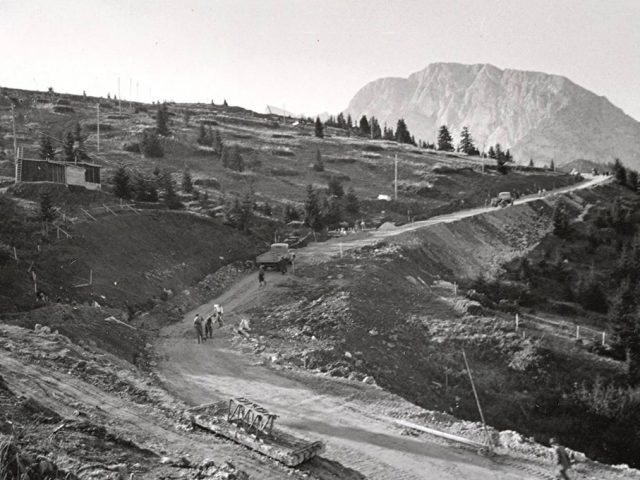 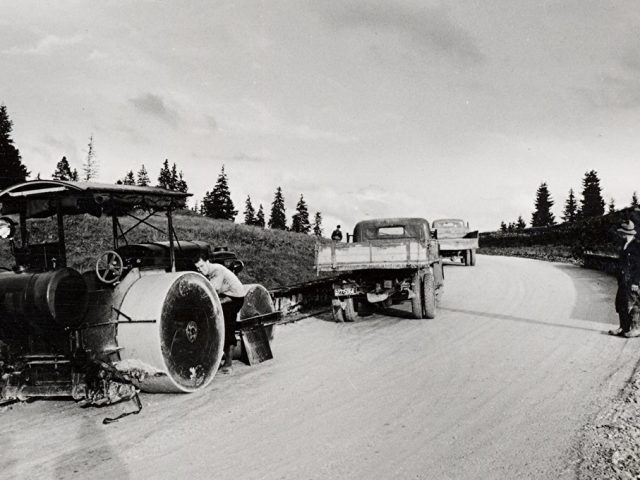 Limited maintenance work was performed in 1947 to ensure the safety of road users. At the time, Theodor Jakob was Chief Administrator in Berchtesgaden. He deserves all the credit for convincing the German Secretary of State for Transport Dr. Hans-Christoph Seebohm of the need to finish the panoramic road and to provide the residual financing for the project. This was quite an achievement only two years after WWII with so many urgently needed roads and highways destroyed and in disrepair. The panoramic road certainly did not qualify as urgently needed traffic connection or important mountain pass. Systematic construction restarted in1953 so that the entire Roßfeldpanoramastraße was ready for traffic in 1955.